MUCH ADO ABOUT IF?

From records and live gigs in Melbourne in 1995 to comic books hacked together by Melburnians in 2013.

Before IF? Commix... IF? RECORDS 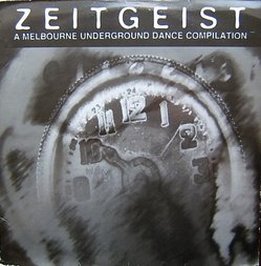 Mixmag editor Dom Phillips voted the Zeitgeist compilations #4 in the Top 10 Melbourne-made records up to 1996. They were repackaged and distributed internationally through Belgian label Nova Zembla, a subsidiary of Kk. 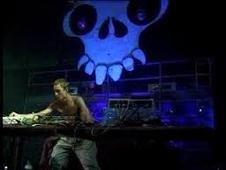 In addition IF? was a founding member of M.U.K. (Melbourne Underground Konsortium) and the Sunblock collective of Australian underground electronic music labels. 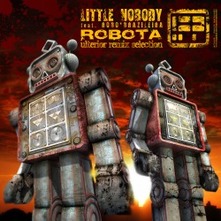 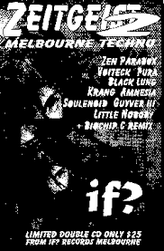 The IF? Records remix EP Bare by Little Nobody, featuring Marcella Brassett on vocals, was adjudged Single of the Week in Beat magazine when it was released in August 2000. The label's subsequent release, the Little Nobody album Action Hero, was one of the 4 final nominees for Best Album of the Year in the 2001 Australian Dance Music Awards, of which The Avalanches were the eventual winner.

The label moved to Tokyo with Andrez in 2001 and continued to release 12" vinyl (working with Aux 88, Steve Stoll, Dave Angel, Jammin' Unit, Mijk van Dijk and Dave Tarrida), digital releases and CDs in Japan — but in 2011 returned to Australia under the new direction of Sebastian Bayne.
Powered by